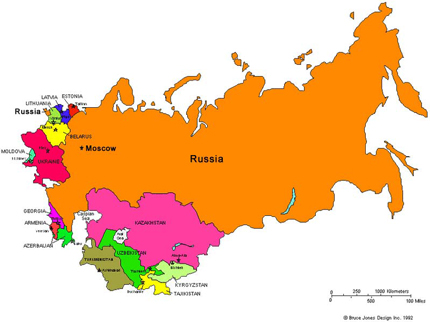 By: D’Anne Witkowski/Special for TRT–

Do not f#@k with Madonna.

Not many court opinions can be summarized in five words, but when it comes to a favorable ruling for Madonna after a right-wing group in Russia sued her for not hating gay people, I think this about does it.

If you aren’t familiar with the case, in August an anti-gay and pro-Kremlin group calling itself the Trade Union of Russian Citizens sued Madonna for over $10 million for daring to speak in favor of gay rights during a St. Petersburg concert.

Madonna and her band waved rainbow flags on stage and handed out pink bracelets, t-shirts, and rainbow banners reading “No Fear” to the crowd.

Now, if you know anything about Madonna you’ll notice that this sounds pretty tame. What’s the big deal? Is being pro-gay illegal in St. Petersburg?

Why, yes. It is. At least since March when a law was passed banning “propaganda of sodomy, lesbianism, bisexualism and transgenderism, and pedophilia to minors,” and now waving rainbow flags is apparently hard-core gay propaganda in this part of Russia.

And so a bunch of anti-gay nuts sued. And lost.

According to the Associated Press, during a court hearing the Trade Union of Russian Citizens “claimed that Madonna’s so-called ‘propaganda of perversion’ would negatively affect Russia’s birthrate and erode the nation’s defense capability by depriving the country of future soldiers.”

That’s right. One day you’re a young Russian man or woman at a Madonna concert, the next you’re renouncing procreative sex in order to subvert the military.

The AP also reported that the judge almost kicked journalists out of the courtroom for laughing too much.

And you kind of have to laugh when you get a load of some of the crazy testimony heard.

“Who will children grow up to be if they hear about the equal rights of the lesbian lobby and manly love with traditional sexual relations?” one plaintiff testified. “The death rate prevails over the birth rate in the West; young guys are becoming gender neutral.”

Ah, yes, the children. Just who will these children learning about “manly love” from Madonna grow up to be? Androgynous and dead, I suppose.

The plaintiffs even submitted, as evidence, articles from Wikipedia, “claiming that a real encyclopedia could not have articles about homosexuality,” according to the AP. You can’t even use Wikipedia as evidence in a freshman comp paper, by the way.

“We aren’t against homosexual people, but we are against the propaganda of perversion among minors,” plaintiff testimony continued. “We want to defend the values of a traditional family, which are currently in crisis in this country. Madonna violated our laws and she should be punished.”

But it was not to be as the judge called bull$#&t on it all and sent the Trade Union of Russian Citizens packing.

As for this “we aren’t against homosexual people” stuff? That’s bull$#&t, too. Anyone who passes or supports laws that make support for LGBT equality illegal is definitely against people. And while this might seem like something far removed from the United States, we forget at our peril that there are plenty of folks who see anti-gay laws like St. Petersburg’s a model for what should be happening right here. We’ve made a lot of progress, but there is still much work to be done. Don’t just stand there, let’s get to it.