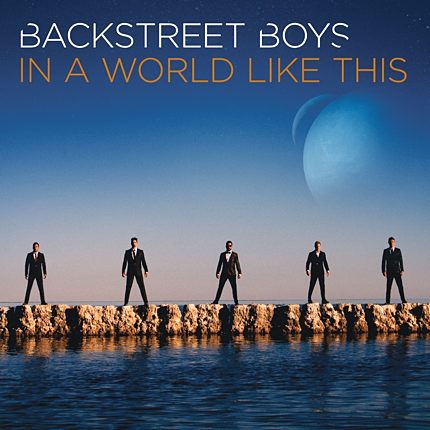 Backstreet’s back … but is it really all right? It’s not, unless you’re still holding onto the nostalgia of them as boys. Then, they could get away with a certain degree of cheese and artistic growing pains. But nearly two decades later, the original quintet – Kevin Richardson returns! – are still all wink-wink with the same shameless set of lovey-dovey pop and fifth-grade-journal outpourings. The worst offenders are “One Phone Call,” not even good enough to sound like a Lonely Island parody of the Backstreet Boys, and “Feels Like Home,” which takes you around the world – name-dropping just about every major city – on the dullest expedition of your life. The Max Martin-produced title track has charm (and its video celebrates marriage equality), but aside from the acoustic-y verses, this is the same bland boy-band template these guys have been hawking their whole career. “Breathe,” however, is a harmony pleaser, and “Trust Me” – a Jason Mraz move that could benefit future outings – delights with its summery Starbucks vibe. Even “Soldier,” despite being innocuously cookie-cutter, decently works those stacked percussions into an earwormy hook. Hey, it’s the Backstreet Boys; no one’s expecting miracles.

White, but the fallout was at least intense enough to cause a tour cancellation, talk of a possible breakup and this album: a gothic-dark speculative set of neo-folk songs strewn with wounded hearts, religious undertones and the looming sense that this won’t end well. And if it doesn’t, if the only good that comes of their personal turmoil is this, then at least they can be remembered for breakup songs so good Adele is probably pissed they’re not on her next album. “The One that Got Away” aptly turns that cliché on its head; swelling with red-hot intensity at the chorus and then closing with a cacophony of telling guitar rips, it emotes post-split bitterness and regret. Williams takes lead on most of the tunes, with White shadowing her vocals – they make harmonious heaven on said single – or stepping in to magnify the power of them. “Dust to Dust” is raw and gut-wrenching with just Williams alone, but that moodiness takes on a new, more sorrowful life when White tiptoes in; the same goes for “Eavesdrop,” a beauty built on Coldplay-mounting guitars that eerily – and sadly – parallels the duo’s personal lives: “Don’t say that it’s over / Oh no, say it ain’t so.” Because after this triumph, that would truly be devastating.

It’s easy to write off Gregory Alan Isakov’s third full-length because of the mellowness of these hammock-swinging songs. But Isakov has another feather in his hat with this sumptuous set: The Weatherman is a truly stunning release on which the South African-born singer-songwriter eases into your conscious with little more than his thoughtful words (“If it weren’t for second chances, we’d all be alone”), that dreamy voice and the magic of his melodies.

Country king Vince Gill swings back to old-time twang for Bakersfield, his honky-tonk collaboration with steel guitarist Paul Franklin. Tipping their hats to a bygone era, the gents take on tracks steeped in the early 1960s sound made famous by Buck Owens and Merle Haggard. All 10 songs are resurrected with fanboy delight and know-how, and Gill’s vocals – especially when he falsetto dips on Haggard’s lesser-known “I Can’t Be Myself” – are quite possibly the best they’ve ever been.

1 Comment on "Hear Me Out: The Civil Wars, Backstreet Boys"