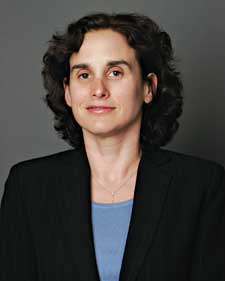 By: Susan Sommer/Director of Constitutional Litigation—

Q: Now that DOMA is gone what will it mean for my family?

A:  The victory at the Supreme Court was an amazing time for our community but we also know there will be a lot of questions in the weeks and months ahead. There are more than 1,100 places in federal law where a protection or responsibility is based on marital status. Federal agencies—large bureaucracies—may need and take some time to change forms, implement procedures, train personnel, and efficiently incorporate same-sex couples into the spousal-based system.

Until same-sex couples can marry in every state in the nation, there will be uncertainty about the extent to which same-sex spouses will receive federal marital-based protections nationwide. For federal programs that assess marital status based on the law of a state that does not respect marriages of same-sex couples, those state laws will likely pose obstacles for legally married couples and surviving spouses in accessing federal protections and responsibilities.

Depending on the benefit couples are seeking, the federal government approach to recognizing married same-sex couples varies. For example, some benefits like veteran’s benefits are guided by whether a couple lives in a state that recognizes their marriage while other benefits like spousal immigration rights  are based on whether or not the state in which the couple married recognizes their marriage as valid. And for issues like filing federal taxes, we expect more guidance from the IRS for how couples in civil unions should proceed.

Lambda Legal along with 10 other national LGBT advocacy organizations jointly issued a series of factsheets to provide guidance to same-sex couples and their families as they navigate accessing federal rights, benefits, and protections.

The fact sheets are intended to provide general information regarding major areas of federal marriage-based rights and protections offered by federal agencies. Before making a decision, it is essential that same-sex couples consult an attorney for individualized legal advice. People must make careful decisions when and where to marry, even as advocates work towards equality. Visit: lambdalegal.org/publications/after-doma to learn more. Certain fact sheets are available in Spanish.

If you feel you have been discriminated against based on your sexual orientation, gender identity or HIV status please contact our Legal Help Desk http://www.lambdalegal.org/help.

2 Comments on "Ask Lambda Legal: After DOMA, What Does it Mean for You?"